Sound design was once an underappreciated aspect of success within the motorcycle realm. For such objects of desire that aim to stir heart and soul, nailing an appealing shape and silhouette was enough to make or break the British entrants of the 60s and 70s.

The story of the Triumph X75 depicts this vividly, and the involvement of one man, and the legacy he carried through to other two-wheeled designs, is one that deserves a brief retelling. Facing new competition from the attractively-priced and unexpectedly good-looking offerings from the likes of Honda, Yamaha, and Kawasaki, BSA found themselves in a sticky situation.

Their new inline-3 “Rocket 3” was under fire. Not only was it released too late to mount a convincing challenge to Honda’s feature-packed CB750, but it also lacked the design flair buyers yearned for. It was a similar story with Triumph’s cloned effort, the Trident. Even after several AMA-certified speed and endurance records were set, US sales were flat.

BSA/Triumph’s US team decided to take matters into their own hands. Unbeknownst to their British bosses, they commissioned fairing-guru, Craig Vetter, to develop a new design. Vetter, who had himself slowly built a reputation for his crisp and modern designs, was a breath of fresh air. The Rocket he was given was worked over with a radical redesign of many significant components. Most notable was the tank and seat base, joined in one flowing part. The forks were extended, while the reworked creation wore different wheels. Even the engine’s cooling fins were redesigned in a bid to make the bike look more powerful.

What became of the Vetter BSA Rocket 3 was no longer a secret. The prototype received coverage in motorcycle publications across the land. But it was too little too late. BSA’s market share had already been severely eroded, and things soon started to fall apart. A bankrupt BSA left Triumph under new ownership. Thankfully, for Vetter’s creation, the factory custom that started life as a BSA was commissioned by the newly-owned Triumph, becoming the X75 Hurricane.

Many describe the Triumph X75 Hurricane as the world’s first “factory custom,” and those words tally with Vetter’s involvement in the project. It indeed was a customized bike offered by a manufacturer. Although not enough to make a convincing impact, the low sales numbers have translated into the Hurricane becoming a highly sought-after collectible today.

As for Craig Vetter, the Hurricane was just the start of his association with significantly customized bikes. After the Triumph, he turned his hand to racing. He soon became known for riding the now-dominant Japanese wave of motorcycles, until a significant injury sustained on his Yamaha RD350 led him to refocus on racing-bike sponsorship and design.

Vetter sponsored AMA Superbike Champion Reg Pridmore, clinching a third title for the Englishman. At the same time, Vetter used the opportunity to hone his latest passion project: the Mystery Ship. Named after the Travel Air Type R “Mystery Ship” plane, Vetter’s ground-based incarnation was designed to be a racing bike for the road.

Based on a Kawasaki ZR1000, the Mystery Ship featured a full fairing that predated the mass-incorporation of such bodywork on later sports bikes. Similar in appearance, the marketing material described the only difference between the Vetter Racing Bike and the Mystery Ship as a headlight and tread on the tires.

While extensive modifications to the frame were made—including a new box-section swing-arm and laid-down shocks—the most striking element was the full-body fiberglass that genuinely lent itself to the Mystery Ship moniker.

But the economics were off; each bike cost $10,000, almost three times the price of a standard ZR1000, which, even then, wasn’t enough to break even on each unit. After yet another tragic event for Vetter, this time a crash in his ultra-light aircraft, Craig turned his attention to wheel-chair design. The Mystery Ship, which was originally planned for large-scale production, only ever saw ten units produced. But it, and Vetter’s, legacy remains very much in-tact, influencing modern-day sports bikes’ design to this day.

Examples of Craig Vetter’s two most influential designs—the Triumph X75 Hurricane and two of the ten Vetter Mystery Ships ever made—are available on display at the Throttlestop Museum, located close to the Road America Speedway, in Elkhart Lake, Wisconsin. If you’re heading down to our world-class showroom and virtual motorcycle museum, be sure to check out these two legendary elements of motorcycle design, a legacy born thanks to Craig Vetter. 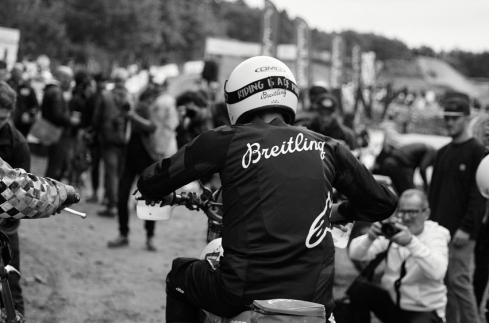 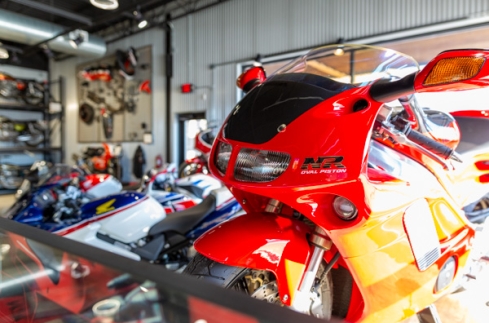