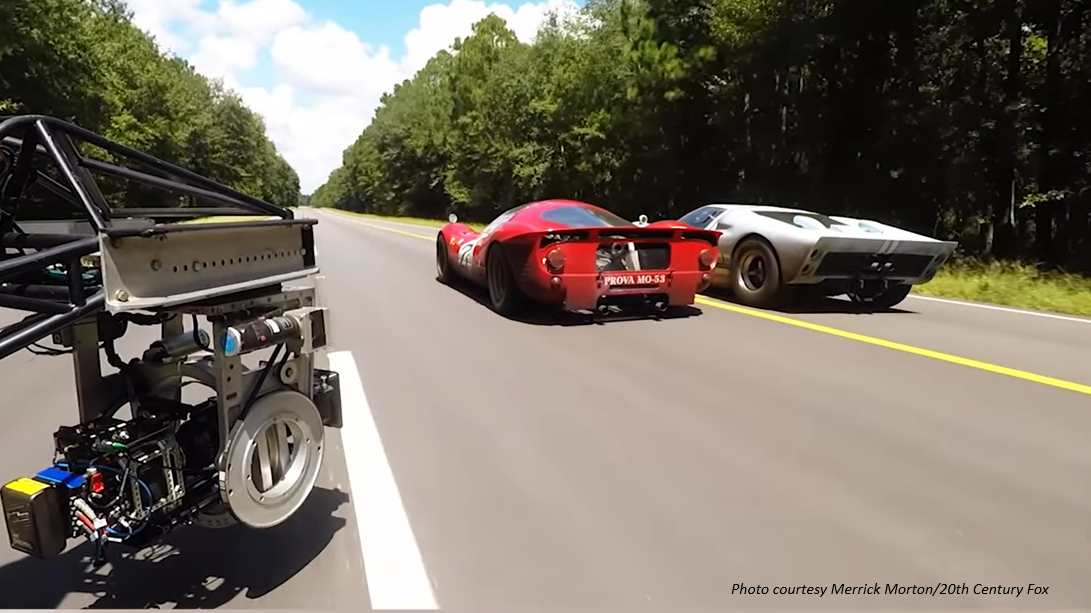 When Ford v Ferrari producers set out to bring the story of the 1960’s Ford/Ferrari wars to the big screen, they knew that an authentic soundtrack would be vital in capturing the excitement of the 24 Hours of LeMans road race and the brutal power of Ford’s GT40 supercar.

But finding one of the GT40s proved difficult. Only 105 were produced, and surviving examples command millions of dollars.

“We located the remaining GT40s on the planet,” said Ford v Ferrari sound editor Donald Sylvester at a panel discussion reported on by Insider magazine. “No one wanted to talk to us. They were afraid that they’d have a bunch of monkeys climbing around their car with microphones and tape and peeling off the tape and pulling off the paint and scratching it. We don’t do that. We’re very kind and we’re very gentle.”

Sylvester’s team considered a GT40 they found in the UK, but that one was a bit costly. “We couldn’t go to England and do the one that’s in England. That sold for, I think, £6 million (over $7.7 million USD).”

“One fellow in Ohio took a chance with us,” Sylvester continued. “He built it. So, it’s not a vintage car. It’s a new GT40, but it’s actual GT40 parts. This is his labor of love. He built this car by hand. It’s the car you hear. It sounds amazing.”

Now, the actual car that gave voice to that epic movie was for sale at specialty dealer Throttlestop in Elkhart Lake, Wisconsin.

The car is a faithful replica of Dan Gurney’s Candy Apple Red LeMans Mk. II GT40 by Superformance. The build uses many correct GT40 parts, including a 540-hp Ford 427 side-oiler engine hooked to a 1966 Kar Kraft T44 4-speed manual transaxle. The chassis was exactingly modified following GT40 original blueprints, with a rear clamshell sourced from an original car and the rear air vent taken from Mario Andretti’s 1966 Mk II. This GT40 is the result of a 10-year effort to build as authentic a car as possible, and it is listed as Superformance #2134 in the Cobra and GT40 World Registry.

For the film, microphones were fitted in 16 areas throughout the car, including near the “Bundle of Snakes” headers, the cockpit, and the transaxle. Additional trackside microphones picked up the car’s thundering roar as it passed by. This was necessary because the mocked-up cars onscreen were not actually used in the recording of the audio. “Those are all kits. Those are all picture cars. They probably have Mazda engines or something reliable,” revealed Sylvester.

Which makes #2134 about the closest connection the film has to the real supercars campaigned by Carroll Shelby and Ken Miles. Sylvester said in a November 21, 2019 interview with Deadline, “We found a real GT40 in Ohio, and this man is a collector, who built his own out of genuine Ford parts. Ford came and inspected it and said, ‘Yes, this is a real GT40,’ gave him a serial number. So, he drove the car, we recorded it, and that was the big catch,” he explains. “Because if we didn’t get the GT40, we would not have a film.”

Cast and crew of Ford vs. Ferrari

The 1966 Ford GT40 MKII for sale at Throttlestop

Engine of the 1966 Ford GT40 MKII for sale at Throttlestop 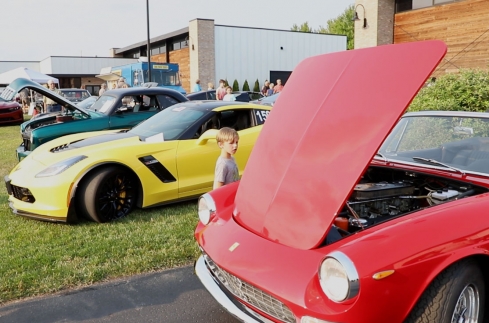 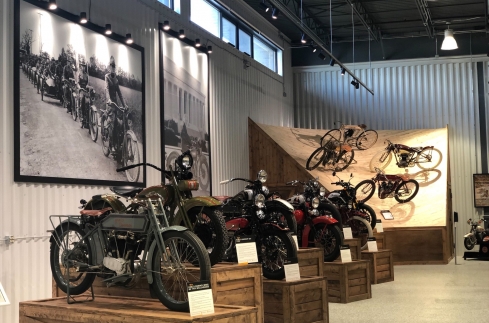 Who Is Throttlestop? Driven By Passion, Number One Driver in Our Field